A key element of a core outcome set (COS) is patient and public involvement; after all, it is patients and their families who struggle and suffer from an illness, so who better to help us identify which outcomes are most important. To this end, we need to ensure that we are protecting our patient and public participants by obtaining appropriate ethical approvals.

It has been debated whether patients and the public involved in COS development are part of a survey or part of a research project. It is now accepted that patients or public who give their opinions about which outcomes are most important are contributing ‘results’ to the project- and should be considered as research participants. COMET has produced a document which discusses ethical approval and what you might need to do (Research ethics considerations for core outcome set studies with patients). There clearly are aspects of COS development where patients need to be protected, for example, in patient workshops, we are expecting them to discuss what could be a very serious or sensitive condition. There is a risk that we might provoke upset or anxiety and although patients may have signed up to help they might not have considered these possible effects. We may be expecting these participants to voice their opinions in front of health professionals or experts in the field which could be an intimidating situation where we need to ensure that they are appropriately supported. 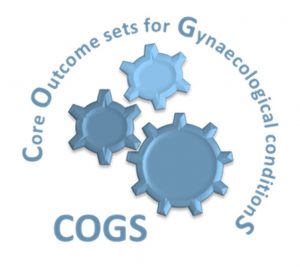 I first started planning to develop core outcomes set back in 2015 and decided that as part of the development process, I would recruit patients through the NHS to participate in patient workshops. After being awarded some funding, I set about applying for ethical approvals through the Integrated Research Application System portal (if you are working in England you now need to apply through the Health Research Authority instead). It all took much longer than I expected and wasn’t as straightforward as I thought it was going to be. Developing all of the documentation (consent forms, data collection forms, patient information sheets) as well as the logos  for the project was the most challenging part for me (I’m not the most creative person, and I was a bit of a one woman band), but now I’m actually really proud of what I produced. I was lucky to get some great PPI input from our local group – thank you KTs team!

Luckily, because the project raised few ethical concerns, it was eligible for a proportionate ethical review which meant that once I submitted to project, it was reviewed and fairly quickly approved. Another way that I was able to simplify things and plan for future projects was by submitting four separate COS (which all follow exactly the same development process) together in one application, thus preventing me from having to complete four separate applications. Since the initial application, I had had to submit some amendments, for example when two of the COS got funded, but I think that overall I will have saved time in the long run.

Getting all of the necessary approvals certainly isn’t the most exciting part of developing a core outcome set, but it’s probably one of the most important. My main tip would be to allow yourself plenty of time for completing your application and make sure that you get some good PPI input from the off!